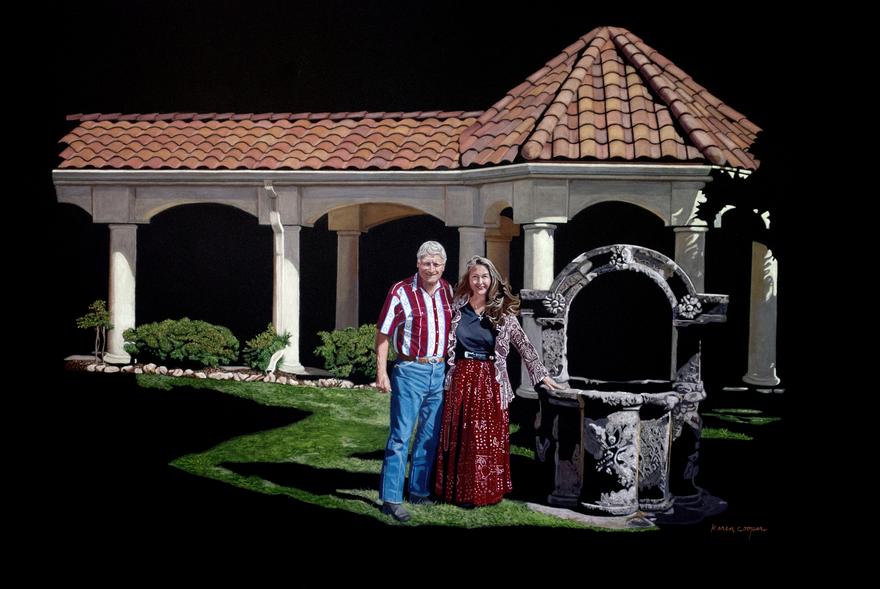 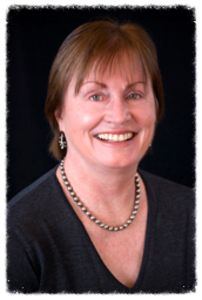 "Black is defined as, 'the absence of light and the absorption of all color, therefore, I believe that my black paper is looking for light and color to come alive.  When I start a painting, I fulfill that quest.  I try to create the positive of the light with the pure colors of pastels letting the negative of the rich black space make its own case for being left to itself.  The key is in knowing what to omit and what to add, that is when my art comes to be, when my composition comes to life.”—Karen Cooper

In 2002, Karen moved east to New Mexico.  Ten years later, in 2012, she moved east again to Texas.  Every time Karen moves east she finds more “west” to paint. After six months in Texas she has already been signed to do two solo museum exhibits and five combined museum western art shows and sales.  Karen will solo at the Longhorn and Pearce Museums in Texas, as well as doing Cowgirl Up! at the Desert Caballeros Museum in Arizona, the Museum of Western Art in Texas, the Old West Museum in Wyoming, the American Quarter Horse Museum in Texas and back to the Pearce for their inaugural fall show in  Texas.  In addition, she has shown or will be showing in four other private invitational Western Art Shows in Texas, Arizona and Colorado.  In 2011 Karen’s work became part of the permanent collection of the Pearce Museum.  2014 marked her fifth appearance at Cheyenne Frontier Days where she has been the official rodeo poster artist and the Western Art Show limited edition print artist and this year was the unanimous choice for the Official CFD Rodeo Poster for 2015.  In 2014, Karen made her third trip to Cowgirl Up! in Wickenburg, Arizona.  At the 2014 Bosque Art Classic, she took home the Second Place Award for Pastels and at the Hill Country Invitational Art Show Karen was awarded Best in Pastels. Both awards are repeats from the previous year.
To start off the new year of 2015, Karen's piece, First Turn Burn, was acquired by the Booth Western Art Museum in Cartersville, Georgia to be part of their permanent collection! Nice Start to the new year!
Karen is well known for action and movement in her paintings, as well as the drama of the negative space that is her signature.  In her paintings a collector has the best of the abstract, in the negative space, but also the best of realism in the actual subject.  Add Karen’s eye for color and you have a true one-of-a-kind creation of real people and animals frozen for a split second from an actual event.
In 2014, Karen enjoyed the following HIGHLIGHTS:
She attended her third Cowgirl Up! in March and sold three pieces for the third consecutive year.
She was the Bosque Art Classic 2nd Place Award Winner for Pastels with "Pick Up Speed".
She was the Hill Country Invitational Art Show 1st Place Award Winner for Pastels with "Pick Up      Speed", a winner wherever she takes it..
She is the selected artist for the 2015 Cheyenne Frontier Days Official Rodeo Poster with "Back Rub".
Karen will tell you that she has much to learn about the west and its inhabitants.  And, as she grows with the west so grows her art; as she says, “my work gets better with every stroke and with every lesson I learn about living in the West.  I really, really love what I do and who I am. That makes me famous!" Almost as famous as her relatives from the past, Frank and Jesse James!